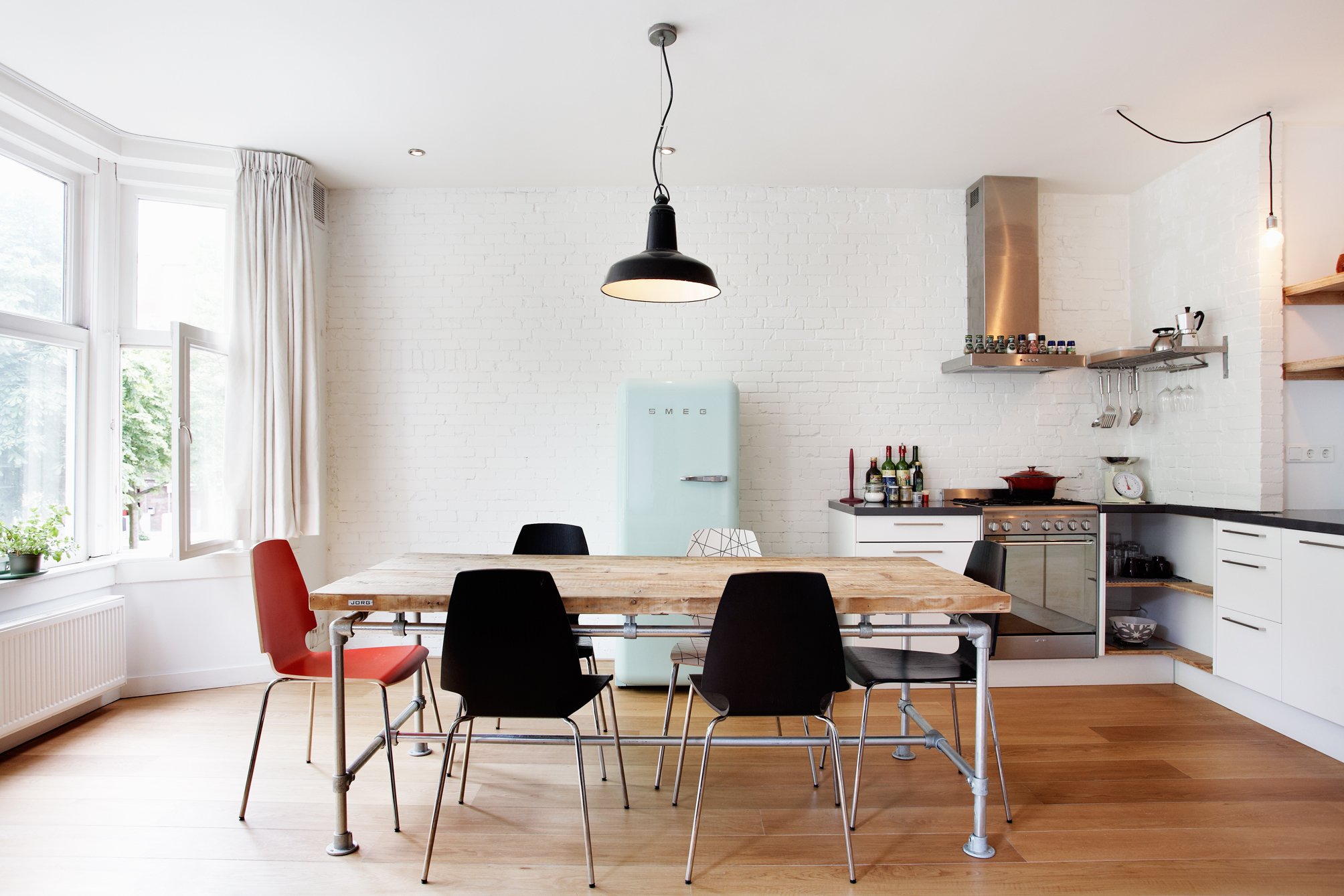 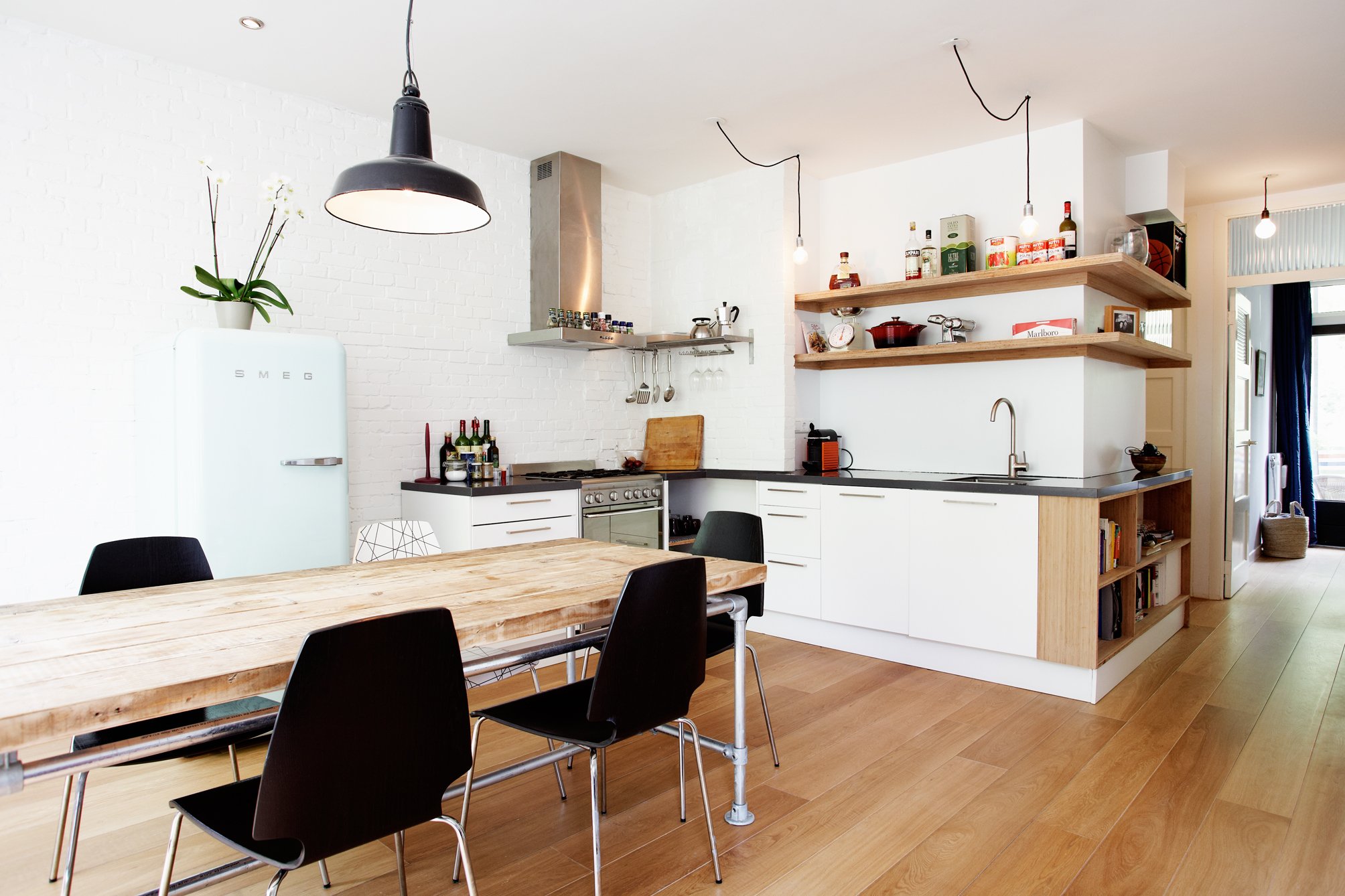 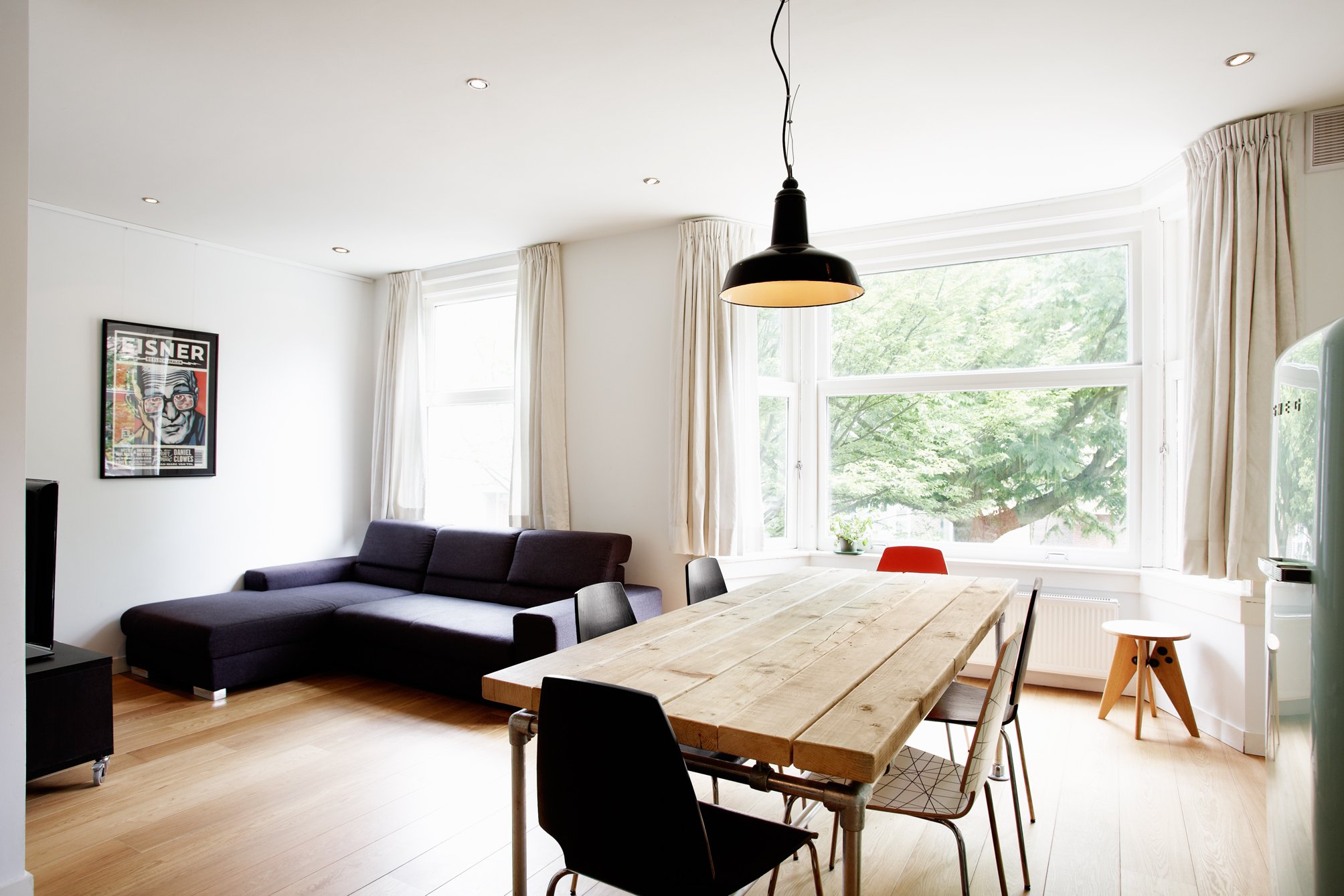 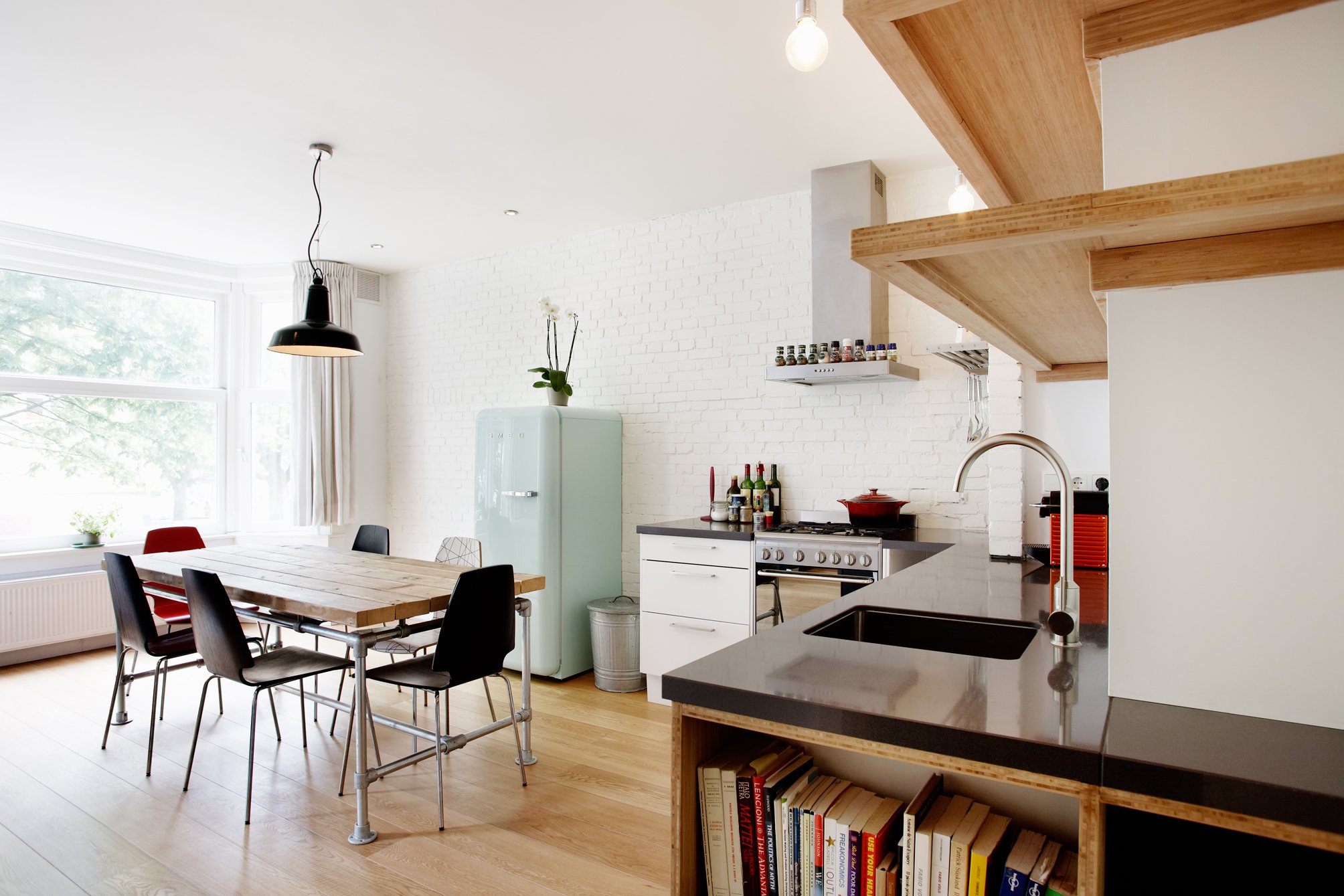 This small apartment renovation kept it simple – solving some common problems in adapting Amsterdam apartments to modern life while using off the shelf products and an Ikea Kitchen as a base for this light, bright home in Amsterdam West

Francesco was looking for someone who made sure his apartment was designed for easy living - getting the basics right while making sure it looked and felt like home.  Naturally he wanted an architect who could also manage the building and delivery process -turning a plan, budget and a schedule into reality!

Keep it light, open, and can you make it feel bigger?

Yes we can! This project is quite typical for Amsterdam - an old layout with a tiny separate kitchen squeezed in between two tiny bedrooms and no storage! Naturally Francesco wanted his house to feel as light and open as possible while not forgetting the storage that makes a small house really work!

There are two common problems Amsterdam homeowners face when adapting  their townhouses for modern life - kitchens were usually located away form the living area and the bedrooms were often tiny.

Both were understandable decisions when they were built - Kitchens did not have the design & function that  made open plan living easy, meanwhile separate bedrooms of any size were often a step up where bed closets of 1-4m2 were commonly found off the living rooms of Amsterdam houses until the 1950's & 60's! This was about small-efficient moves and making the most of a modest budget. The kitchen that divided that back of the house into 2 small bedrooms was relocated to the living area - which itself was made larger by rearranging the bathroom while keeping the pipes and services in the same location to reduce costs.  The materials used were simple - Oak floors, White Ikea kitchen with Bamboo highlights

Francesco our client was super happy with the result - keeping to a tight budget while making a clean, open and light home. He appreciated the small details like creating a small bathroom that feels luxurious due to the large vanity, sink & mirror meanwhile we added  storage to every spare centimeter.  This project was not about architectural gymnastics but rather an understanding of how much space is required for each function  & keeping it simple

Move or Improve, how can we help?

We can help you get more out of your current space - we’ve helped clients turn their existing home into their dream home they thought they would have to move to achieve.  We do this by listening carefully, working within an agreed budget & timeframe and combining our own expertise and skill in bringing all the pieces together